Our team leaded by Jean-Pierre MAJORAL, world class expert in “Design and properties of dendrimers from biology and medicinal chemistry to material sciences, and catalysis” offers high level services in design and manufacturing of dendrimers fitted to your needs.

Contact us to learn more on our chemistry product and services.

Dendrimers are “perfectly defined arborescent macromolecules whose structure starts from a central core and goes via branching units to peripheral functions”. 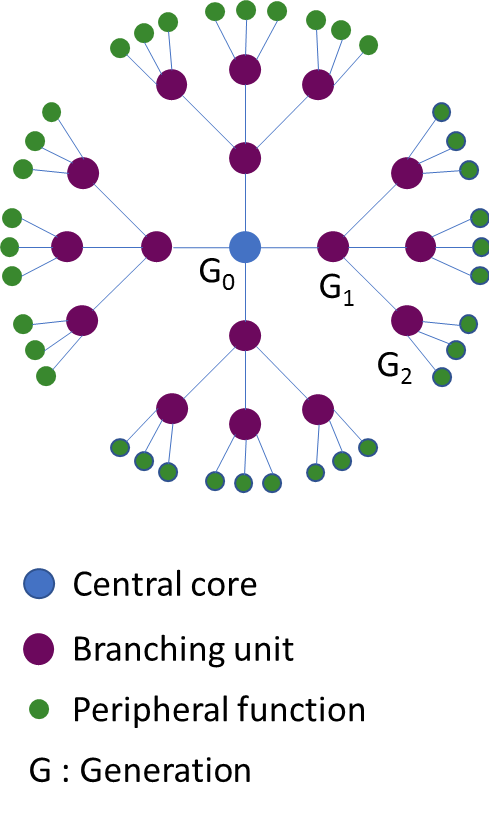 A lot of molecules can be used to act as branching units, making it possible to build as many different dendrimers as there are applications.Phosphorus dendrimers were first used in biochips in 1999. Since then, many systems have been developed to improve results’ quality and biochips’ sensitivity.

In Dendris, phosphorus dendrimers are used as spacers between the surface and the oligonucleotide probes. However, the presence of phosphorus atoms at each branching point offers the possibility to perform a large number of reactions and thus to prepare a large variety of macromolecules whose structure is perfectly controlled.